The Top 3 Management Operations Problems and How to Fix Them

To effectively manage a team or department, you need a lot more than just good leadership skills. In today’s tech-savvy age, each department has countless projects on the go and it’s easy for these projects to become siloed to particular groups or individuals, so much so that management and other team members fall out of the loop. Similarly, managers easily forget to communicate the large-scale goals that are more commonly discussed at the C-Suite level, resulting in gaps in communication between teams, misunderstandings about ownership, and general lack of movement toward the quarterly or annual priorities.

The good news is that these aren’t unique problems and many companies deal with them on a daily basis. It is also the reason that project management tools and platforms were invented—people needed them!

With that said, we’ve compiled a list of the 3 most common management operations problems and how to fix them. Here’s our list:

Lack of Oversight on Team Goals

In the old days, companies used to have annual planning sessions that resulted in long documents and PowerPoint presentations on quarterly and annual priorities. Each department had its own priorities to contribute to the company goals, and each team and individual had their own priorities that contributed to the department goals. From there, people tackled their individual tasks and tried their best to move the needle on the long-term aims. The problem was, teams, departments, and individuals weren’t able to track the progress succinctly. Weekly meetings, daily huddles, and one-on-ones were great for conversations about how things were moving along, but this information was not communicated across the board consistently.

Luckily, these days, technology enables us to keep this process and important information transparent and in real-time, so those weekly check-ins become less laborious because everyone can already see what’s being worked on. People can visually perceive how certain individuals and projects are moving the needle on team, department, and company goals, making operations smoother and measurement tighter. This makes measuring the success of those long-term targets easier too, because the data is always there, never needing to be pulled and quantified manually.

Key Performance Indicators or KPIs are integral to every modern company’s annual plan. These indicators are set along with benchmarks and metrics for success—each showcasing the progress of the company as a whole. However, with so many daily tasks, tight deadlines, multiple projects and campaigns in action, it’s easy to lose sight of these performance indicators as they relate to individual positions and personal tasks day-to-day and week-to-week. Having a constant visual reminder of how your daily work helps achieve your company or department’s critical KPIs keeps work focused on the company’s biggest objectives. Without constant tracking of this data, you won’t know if the big targets are being met and you won’t be able to take corrective actions if they aren’t.

Disconnection between Individual and Team Accomplishments

It’s easy to get absorbed by your role’s demands. This is, after all, part of your job. However, when you focus too much on your goals and don’t have insight into the objectives of your colleagues, team, or department, it’s easier for projects to fall apart or delays to occur because no one has insight into the progress, needs, and pain points of others. You might get your piece of the pie finished, but if everyone else is lagging and you’re not helping out, you’re still part of the problem.

Commonly, high-performing employees will push their tasks in a project past the finish line, hoping to earn praise and accolades for their hard work, but in doing so, they neglect their role as a team member, overlooking what their colleagues need from them. If they are able to see that their co-workers are stuck and need help from their area of expertise, they may be able to prioritize their time better, ensuring that there aren’t any bad surprises or blame waiting for them when people ask why the project isn’t making headway.

Seeing the health of collective team progress is also vital for management and team leads. They are able to see where their team needs help and guidance and can identify where workloads are too high, too low, or stuck. This promotes better team communication and morale, as teams can see how they are contributing to each other’s success, rather than just their own. When performance reviews come up, this team data also reveals where strides have been made both on the individual and team level—highlighting those who are taking on more of a leadership capacity by getting involved in many areas as opposed to just their own.

Sign up for our newsletter for updates on Eligeo’s courses.

Our Experts Can Help

No-Code: The Future of App Development

How to Streamline Project Management with monday.com 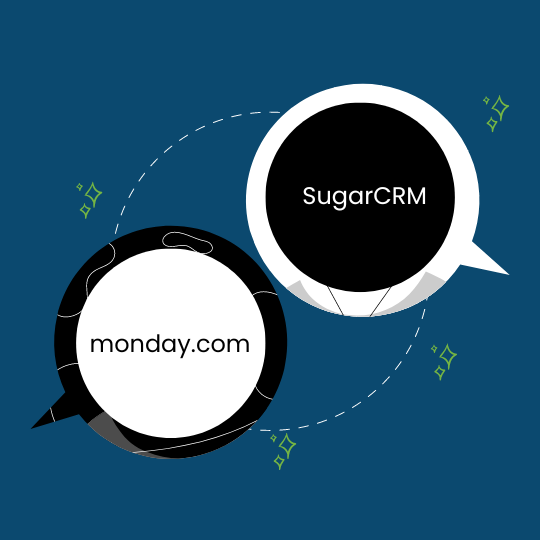 Talk to us today for a free consult with an expert

Get insider tips, industry news and content specific for CRM, Salesforce, SugarCRM and monday.com – all for free!